My favorite place at the Disneyland Resort is Cars Land in California Adventure Park. While in Disneyland for the Disney Social Media Moms conference, I learned some fun facts about Cars Land and had to share them with you!

In 2008, when Cars Land was just a twinkle in the eye of Imagineers, a Concept Team toured Route 66 with a historian (who happens to be the voice of Sheriff in Cars) while taking notes about the “must have” landmarks for Cars Land.

Every. single. thing. in Cars Land–from the buildings to the signs to the benches–was inspired by something seen on Route 66. The one exception is all of the beautiful trees you see. Imagineers understood that in the sometimes hot California sun, their guests could get uncomfortable. They decided that it was more important to add trees to the Cars Land than to stick 100% to the concept from Route 66.

Two of the most impressive landmarks that were replicated for Cars Land are Cadillac Ranch and the Cozy Cone Motel!

Here you can see the Route 66 attraction for Cadillac Ranch and then below you can see how they worked it into the landscape of this crazy impressive park. Cars land is so much fun but the sheer scale of the place is overwhelming if you think about it! 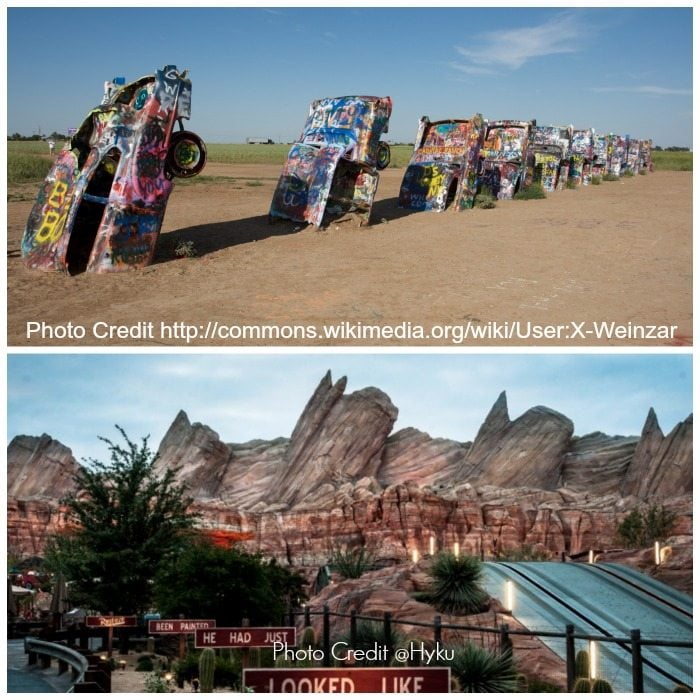 The Cozy Cone Motel came from the attraction shown below! It turned out so cute and fun and it’s perfectly on theme for this adorable cars themed park…obviously! 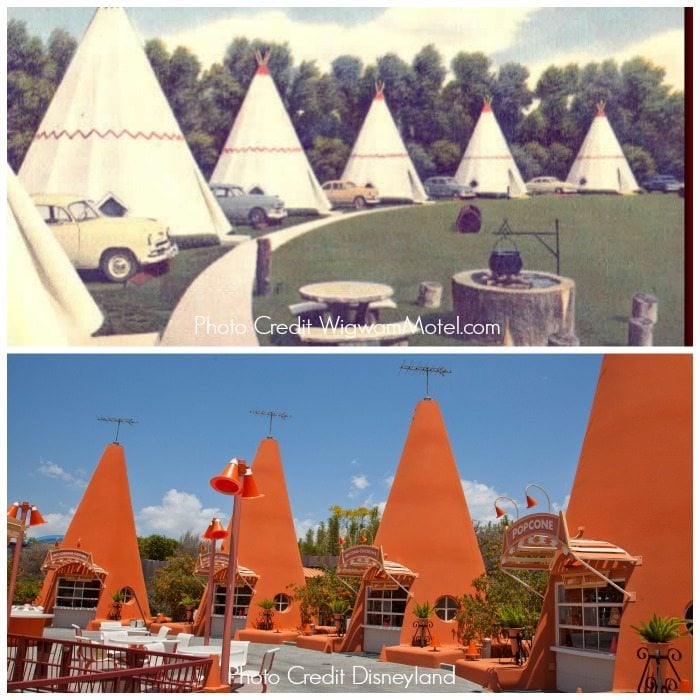 The car-acters of Radiator Springs include Lightening McQueen, Mater, and Red the Fire Truck. Did you know that Red will “sing” Happy Birthday to you if you tell him it’s your special day? 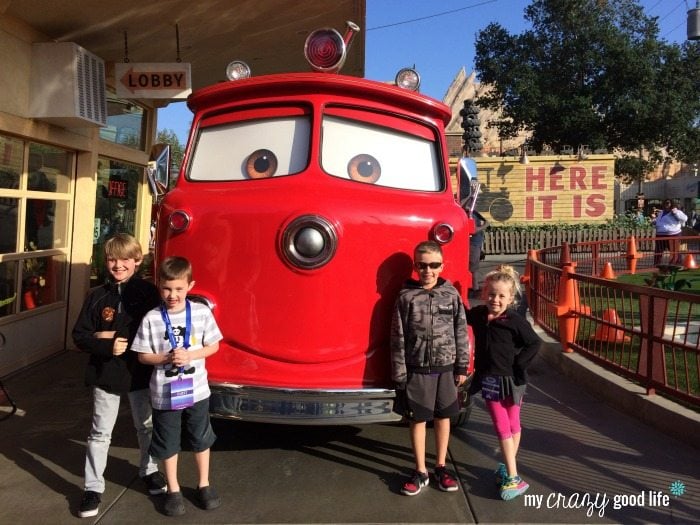 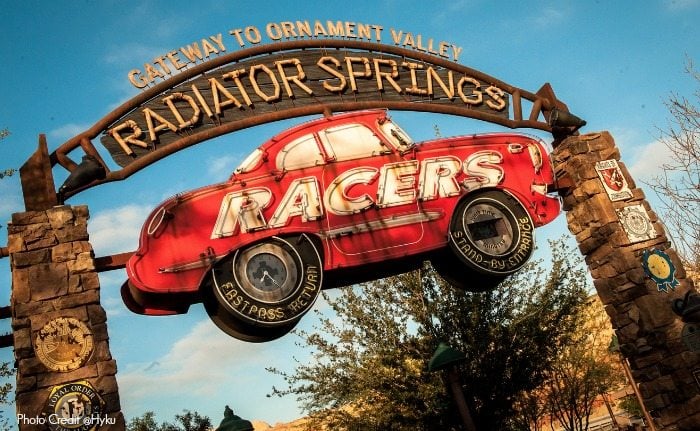 Radiator springs is such a fun and exciting spot in Cars Land than you have to have some special facts just about the radiator springs racers! If you are headed to Cars Land then no doubt this awesome ride will be on your to do list.

I have all the details you are longing for AND if you read further down I’m offering my pro tips on how to avoid super long wait times so that you and your crew can get through the line and to the fun part…FAST!

Some of my personal tips about Cars Land? Ok, ok–I’ll share.

The soft-serve ice cream at the Cozy Cone Motel is my favorite treat in Cars Land. The line is usually a little longer at this cone, but it’s worth it! 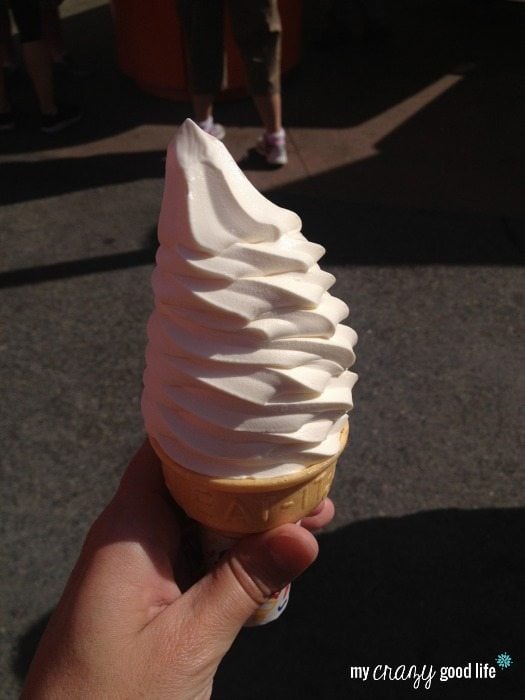 If you’re dying to ride Radiator Springs Racers, but don’t want to wait for 2 hours, split up your group and get in the single rider line. You’ll stay together throughout the wait, and then be split up for the ride at the last minute. The wait time for single riders is usually 35-45 minutes.

The most under-rated ride in California Adventure (in my opinion) is Mater’s Junkyard Jamboree. Go on… ride it! 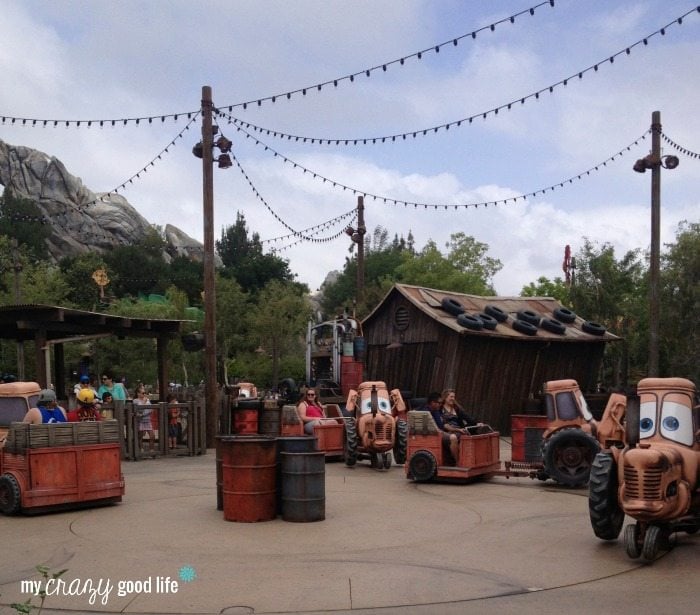 Here are some other Disney posts that I think you will love. I’m also sharing some other posts about Cars Land. You won’t want to miss out on all this great info if you are planning a Disney or California Adventure trip in the future. There is so much to see and do, if you only have a short time in the parks you have to plan ahead!

So tell me… what’s your favorite thing about Cars Land?

This post is not sponsored. I have been the guest of Disney parks several times in the last few years and am sharing my favorites with you.