Rogue One: A Star Wars Story premiered this week with resounding success. I am an avid fan of all things Star Wars (except Chewy, we don’t talk about him), and one of my favorite things about the franchise now is sharing it with my kids. So with that in mind, I braved the crowds of fanboys and fangirls to watch the movie to determine if my kids are ready to watch this one yet. 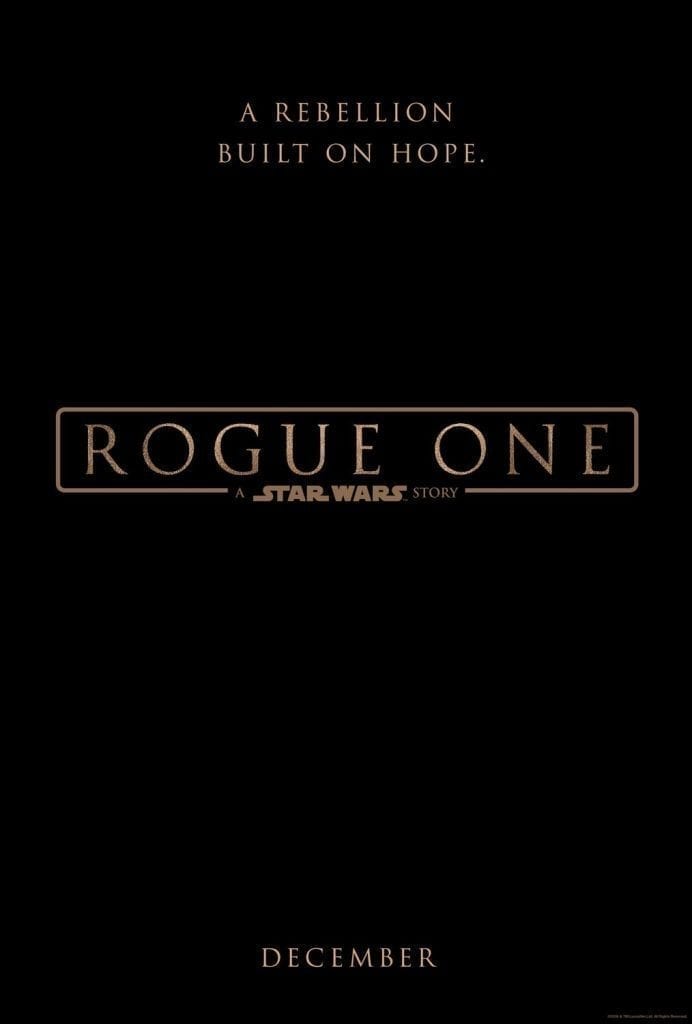 As I mentioned before, Rogue One picks up 20 years after the events of Star Wars Episode III: Revenge of the Sith. The Galactic Empire is hitting its stride and is ready to destroy the rebel alliance once and for all. A band of daring rebels, led by Jyn Erso and Cassian Andor, set off on a covert mission to steal the plans for the Empire’s new super weapon.

Rogue One is an intense Sci-Fi, action movie. It is rated PG-13 with a total running time of 134 minutes. The story is well told and excellently acted. The casting for this movie was perfect. Darth Vader is even more awesome and terrifying than you remember. Ben Mendelsohn’s Orson Krennic is desperately evil, while Felicity Jones’ Jyn Erso is a perfect mix of cynicism and hope. Diego Luna is Cassian Andor, a rebel pilot that struggles with the fact that he has done all of the wrong things for the right reasons.

Should I take My Child to See Rogue One?

I feel that this chapter of the Star Wars story is the darkest one yet–possibly tied with Episode Three. It is intense and could be frightening especially for younger viewers. It is not a gory movie but casualties are amassed on both sides. The best way to describe this movie would be a spy/war thriller set in the Star Wars Universe. It’s themes are dark and heart breaking at times. There are plenty of lighter moments, as you would expect from a Star Wars movie, that do a good job of breaking up the tension.

Will I be taking my kids to see Rogue One?

I am taking my 12 and 16 year-olds to see Rogue One today! I feel comfortable taking them to this movie.

If your kids can handle the intensity of cinematic war and death then I say go for it. You may want to screenRogue One first just so you can help prepare your younger kids for the especially intense moments. Besides, it’s a great excuse to see the movie a second time.

I thoroughly enjoyed Rogue One and happily joined in the spontaneous applause that erupted at its conclusion. If yours is a Star Wars house then I know your whole family will enjoy this movie. Whether or not the young padawans see it now or later is a decision we all must make on our own.

May the force be with us.