This Exclusive Ben Mendelsohn Rogue One: A Star Wars Story Interview is part of an expenses paid press event I attended.

I’ll admit–I was beyond excited to chat with Ben Mendelsohn because of the roles I saw him play in Mississippi Grind and Bloodlines. As an actor in those projects he played the guy you loved to hate. My husband and I had so many discussions in our living room about how only an amazing actor could get you to feel so much towards a fictional character. Of course, when we previewed Rogue One saw a glimpse of Mendelsohn’s character and he hit the nail on the head again–with one line, you dislike the character.

Some quotes have been paraphrased for readability. Most of them are written as he said them, because again–brilliance at work.

In Rogue One: A Star Wars Story, Ben Mendelsohn plays another guy you love to hate–Orson Krennic–the Director of Military Intelligence and Operations.

…for the purposes of our film, Director of Military Intelligence and Operations means he’s the dude that built the Death Star and is bringing it to its final brilliance.” 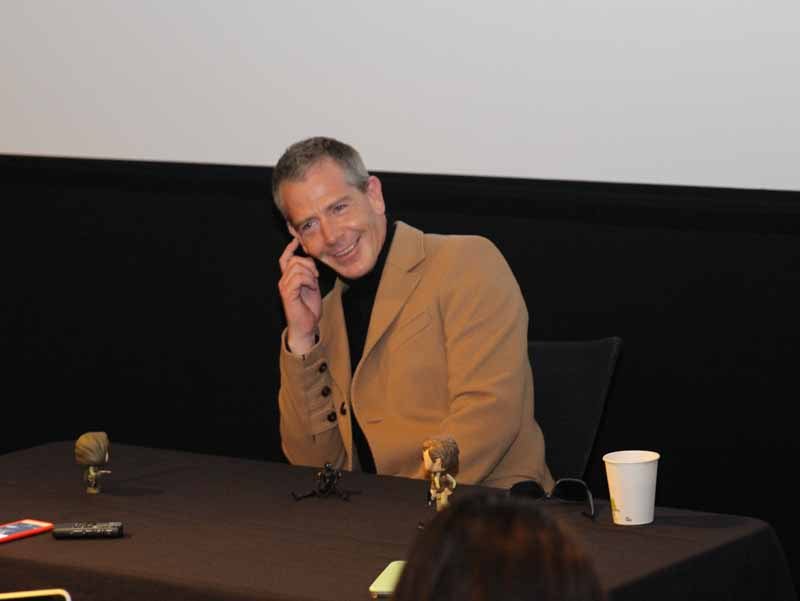 We asked if he ever thought he would be playing a role in Star Wars… for the Empire.

No, but that’s the folly of youth isn’t it? No one imagines that they’re going to end up on the side of the empire.

You come to realize that peace and stability in the galaxy is worth fighting for and that all these airy, fairy ideals of the rebellion are very well and good, but what happens when they get into power?

I believe a couple of the actors we interviewed last weekend said something very similar to what Ben said about hitting a life goal:

I wish I could have told myself at various points through life, ‘don’t worry. One day you’ll be in Star Wars.’ 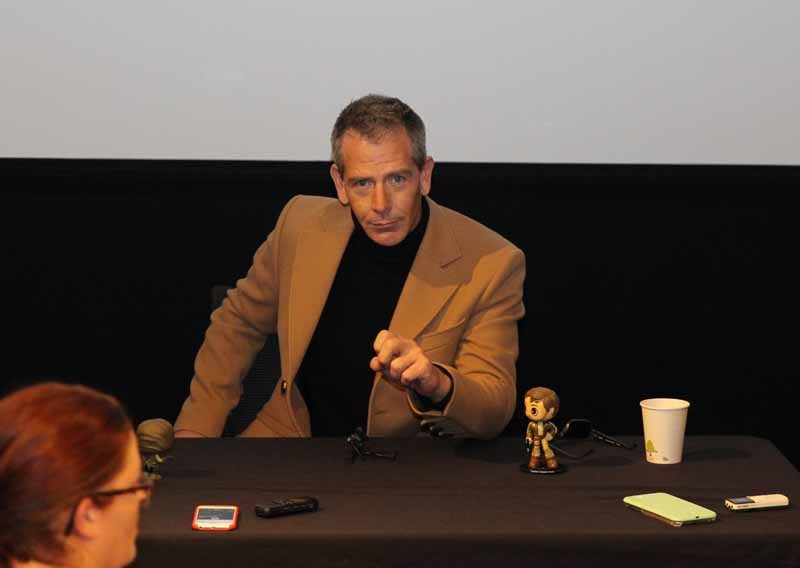 Ben chatted about the family that formed among those who worked together on the Rebel Alliance side. It wasn’t quite the same way over on the Empire side of things–but being on set was still good.

You know, you can say this about the Empire–you know where you stand. I think the Alliance did form that [family] because they went through a lot. And in this balance of shooting those guys are spending a lot of time together. The Empire’s a bit more of a solitary place in that way.

I had a good group, a good little cadre with me. I had my second in command and the Death Troopers with me. You can’t have a bad day. You look up and you see Storm Troopers in your workplace. You really can’t have a terribly bad day.

Mendelsohn  had a lot to say about a line in the footage that we saw that as a group, we collectively hated his character for. When looking for Jyn and her family, he called out to his men, “They had a child… FIND IT.”

When we were going into this scene I studied the officers in the original film. It’s all very Royal Shakespeare–you know, bad guy, very straight stuff. I wanted Krennic to sound like one of those guys.

Q: As a father you think ‘oh, get her.’ How do you get into that mind frame? Was it easy?

I think the thing people find the hardest is, how do you take on these roles knowing that people are going to look at you and say, ‘I hate that guy?’ But I think when you’ve been acting for a little while, you hope that people feel you in whatever way that is.

I hated him at that moment too. That is a really clever set up I think. I don’t know if they had written it as find it, either. I’m trying to remember (if I improvised that line).

Q: That was a great line.

Yeah, it was a great line. I don’t think it’s mine but damn.

Q : You owned it though. You were good.

The most difficult part of the movie for Ben Mendelsohn?

I think it was the first few days of being there and walking around with Storm Troopers into those Imperial sets. It took a while to just be able to go, ‘okay, okay, okay. You’ve got this.’

See Mendelsohn in action December 16th in Rogue One: A Star Wars Story!