Yes, Sign Me Up!
Home » Health & Fitness » What is Nutritional Yeast?
216 shares

What is nutritional yeast? Also called nooch, it’s an inactive yeast that many people use on their food. It has a nutty, cheesy flavor and is often used in vegan recipes. Use it on popcorn, as a breading, and as a soup thickener. 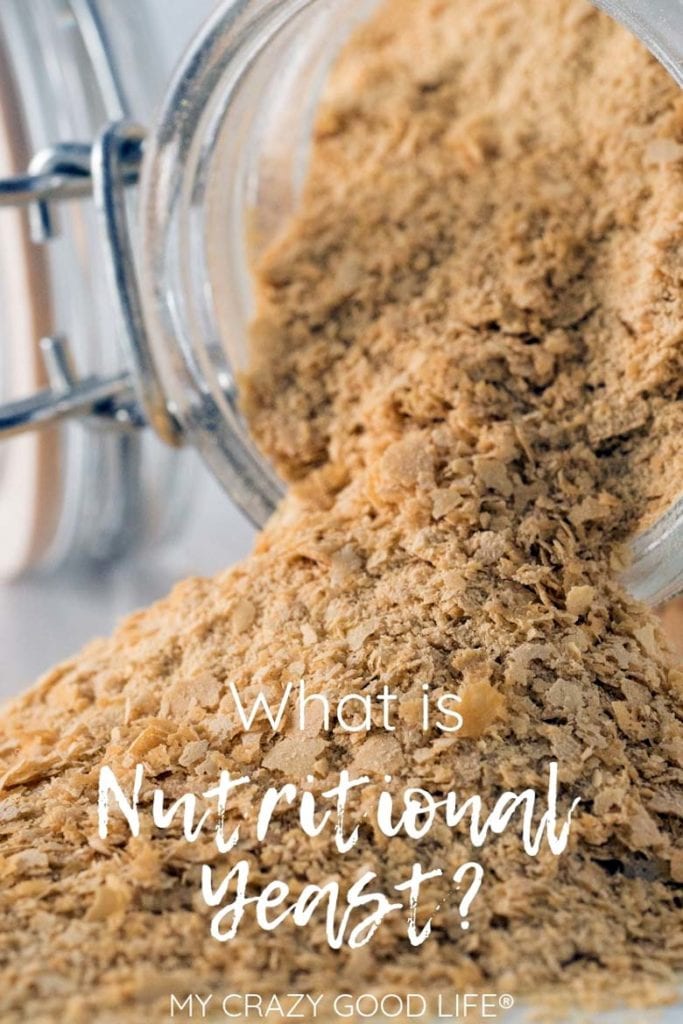 Anything worth doing should have some benefits right? Nutritional yeast has some great health benefits so let’s take a look at those and discuss the reasons why I use it (and love it)!

There’s low amounts of sodium and calories but no fat, sugar, or gluten in nutritional yeast which makes it great for all kinds of restrictive diets. Because it is a complete protein it contains all 9 amino acids that humans need to live. It’s a non-animal based protein which is great for vegans!

Is nutritional yeast good for you?

Some studies have shown that nutritional yeast can help with free radical damage since it’s an antioxidant and it could potentially help boost immunity as well. In animals the carbohydrates in nutritional yeast have been shown to lower infection rates!!

Beta-glucan, which is one of the carbohydrate strands in nutritional yeast, was shown in this study to help lower cholesterol. For those of you who might need help in that area, ask your doctor about incorporating nutritional yeast into your diet.

Do you have any nutritional yeast recipes?

These are all delicious recipes that use nutritional yeast! Most of them are also vegan :)

Yes it is! Nutritional yeast does not contain gluten or animal products so it’s a great choice for vegan cooking and lifestyles. It is also very low in sodium and has no fat. I like to use nutritional yeast as a breading when making gluten free recipes! Mix it with your gluten free flour for a more flavorful and crunchy breading!

These nutritional facts will change depending on what brand you choose and how it is fortified. Here is the nutritional breakdown for the brand that I use!

Is brewer’s yeast the same as nutritional yeast?

No. These are actually two different kinds of yeast products and while brewer’s yeast has it’s own set of benefits everything I’m talking about here only applies to nutritional yeast!

Where to buy nutritional yeast:

You can get nutritional yeast a lot of places. It’s common in bulk and bin stores and health food stores like Whole Foods but I like things easy so I buy from Amazon. I use the NOW FOODS brand from Amazon. It comes in different forms, but I like the flakes because they are better for breading. Depending on what you are going to put it in or serve it with you might like the powder as well.

You can also use it on popcorn, in pesto, add some to your scrambled eggs, and even to top a baked potato!