This Exclusive Riz Ahmed interview is part of an expenses paid press event I attended.

Golden Globe and Screen Actors Guild award nominated actor Riz Ahmed plays Bodhi Rook, a cargo pilot from the planet Jedha who works for the Empire. Bodhi means awakening, and Riz’ character goes through an awakening during Rogue One–he defects from the Empire and helps the Rebels. 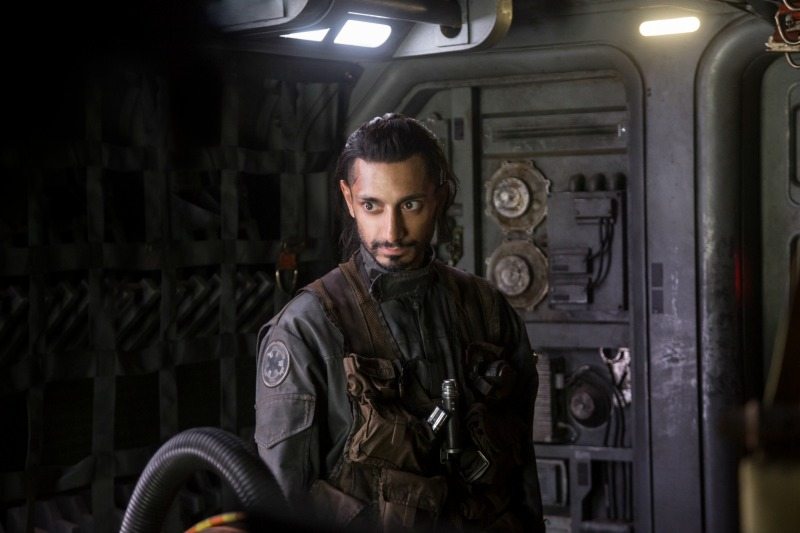 To prepare for his part in movies, Ahmed likes to interview those who are similar to the role he will be playing. Of course, he couldn’t interview an Imperial Cargo Pilot who defected, so he brainstormed a bit and found some people.

I went to visit Riker’s Island prison, and interviewed lots of people that have been to prison. I spent time in high schools in the Bronx and interviewed people for hours.

When you turn up on set and they’ve built these mountains and spaceships, and there are alien creatures walking past you… I realized the preparation doesn’t have to be in your head. It’s right there in front of you, and you just have to soak it up. 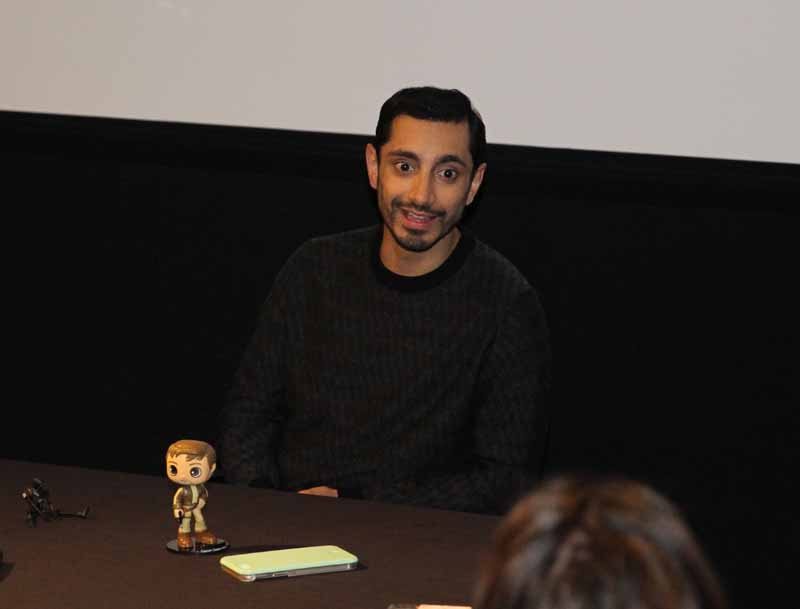 What does Riz want us to know about his character in Rogue One?

I’d like to think that he’s quite a relatable character for a lot of people. He’s just an everyman, an average Joe. He finds himself in a crazy situation. He’s not like Cassian, who’s a rebel spy. He’s not like Baze who’s a hardened assassin, or Jyn, who’s this kind of criminal rebel. He’s just–he’s like a truck driver, basically. And he finds himself in the middle of this crazy intergalactic heist movie. 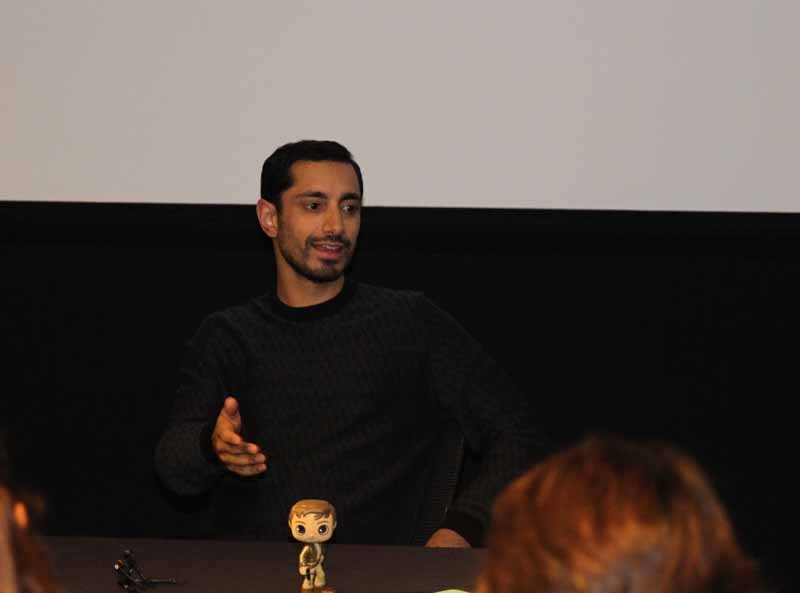 We asked Riz about the important job his character had–arguably the most important job in the film. The scene when Bodhi Rook names the team Rogue One.

It was the last day of shooting, in the reshoots. It was completely last minute–it wasn’t one of the lines that was scheduled for the day. John Swords, one of the producers, said ‘oh yeah! Can you do a take when you, when you say this?’

This expenses paid trip to San Francisco is paid for by Disney, Lucasfilm, and Disney Junior and is offered in exchange for my coverage about the events. No other compensation is given. Of course, opinions and experiences are my own.
0 shares