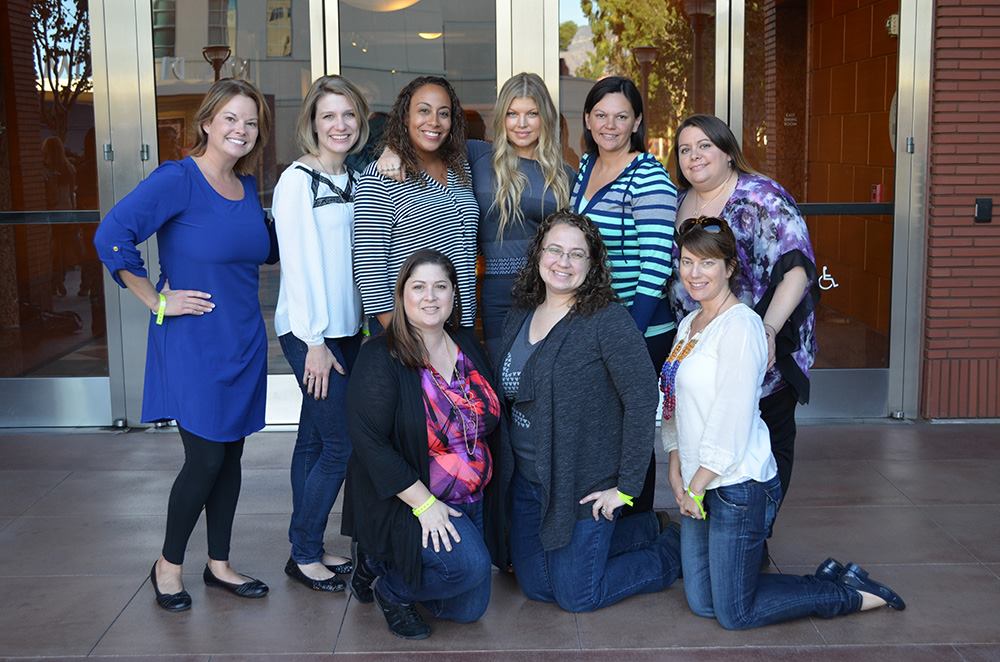 She was so. sweet.

Not that I didn’t expect her to be sweet, but she was even so much sweeter than I had expected. She was over the moon excited to talk with us about her son, her new song, her family, and her favorite places that inspired her new song. She even sang to us a little! She actually alternated between talking and singing–that’s how fun and full of emotion she is.

Here are a few tips from Fergie that stuck with me:

Though it’s not *quite* as exciting as meeting her in person, you can see her soon on the American Music Awards: the AMAs.

The American Music Awards features performances from today’s hottest artists and presents fan-voted awards in the categories of Pop/Rock, Alternative Rock, Country, Rap/Hip-Hop, Soul/R&B, Adult Contemporary, Contemporary Inspirational, Latin, EDM, Soundtrack, Single of The Year, New Artist of the Year Presented by Kohl’s, and Artist of the Year. The American Music Awards pays tribute to today’s most influential and iconic artists. The show is produced by dick clark productions and is seen in more than 160 countries around the world. For more information, visit www.theamas.com, www.dickclark.com or abc.go.com/shows/american-music-awards.

On Sunday, November 23rd at 8pm-11pm EST/PST Pitbull will be hosting, Fergie will be singing (I think it’s a good bet she’ll be singing her new song L.A. Love (la la), and I’ll be watching. Will you?

ABC is offering viewers a chance to see four different feeds during the AMAs via the ABC Watch app. Choose from:

I attended press events with Disney and ABC TV, which included an interview and meet and greet with Fergie. I was provided with an expenses paid trip to Los Angeles in exchange for my coverage about the events. No other compensation is given. Of course, opinions and experiences are my own.