I partnered with RAO Plastic and Hand Surgery to promote CoolSculpting in Tucson. In exchange for complimentary CoolSculpting treatments, I agreed to post my honest review and CoolSculpting results.

You all know that I’m a big advocate of eating well and exercising, but sometimes you need a little help. My help came late last year in the form of CoolSculpting. A local Tucson plastic surgeon’s office approached me and asked if I’d like to review a non-invasive, fairly easy way to lose stubborn fat and in the name of you all, I decided to say yes.

Here’s what was going through my head when I agreed…

I have stubborn fat in some very common areas, and I left it up to Dr. Rao and his amazing Office Manager Carmen to tell me what areas they thought would respond best to CoolSculpting. After taking a look, they decided that treating my back (that unforgiving “bra bulge”) and arms would provide the best results.

In October of 2016, we treated my back/bra bulge using the CoolSculpting CoolAdvantage applicator. The CoolAdvantage applicator is the newest CoolSculpting technology, which means a more comfortable experience and no down time. I had people tell me that I wouldn’t be able to wear jeans after the procedure because my skin would be so sensitive that anything touching it would be painful. Dr. Rao and Carmen assured me that with the new applicators, this wasn’t the case at all. I’m happy to report that they were correct! Here’s a picture of me comfortably wearing jeans just two days after my first CoolSculpting treatment: 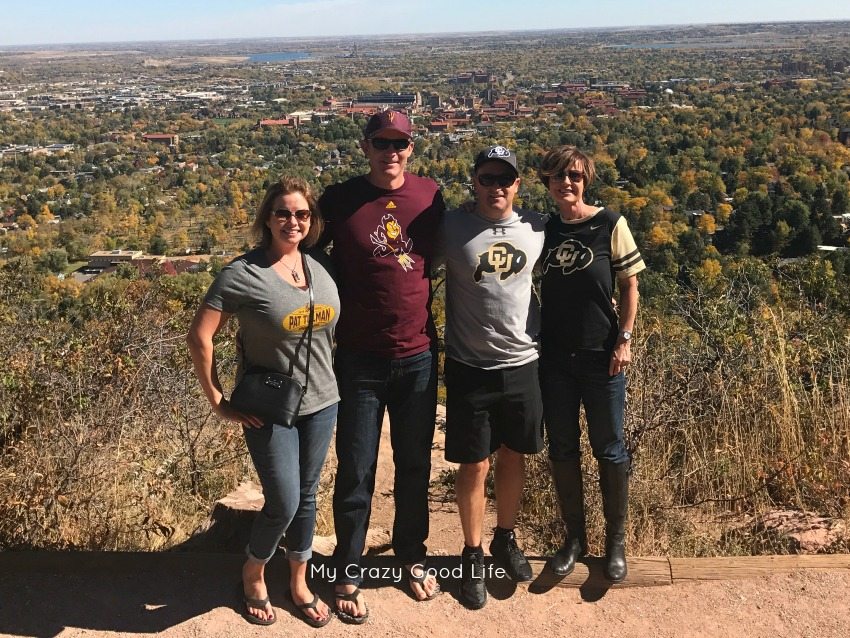 The treated area and a little bit around it was numb for about three weeks after my CoolSculpting procedure. It wasn’t uncomfortable or painful at all, just numb.

I was very relaxed and comfortable during the treatment on my back, and I’d estimate that it was a little bit annoying more than anything for the first 5-10 minutes. After that, the treatment area was numb and I watched Netflix until the machine signaled that my treatment was complete! The CoolSculpting treatment took about 30 minutes for each side of my back. 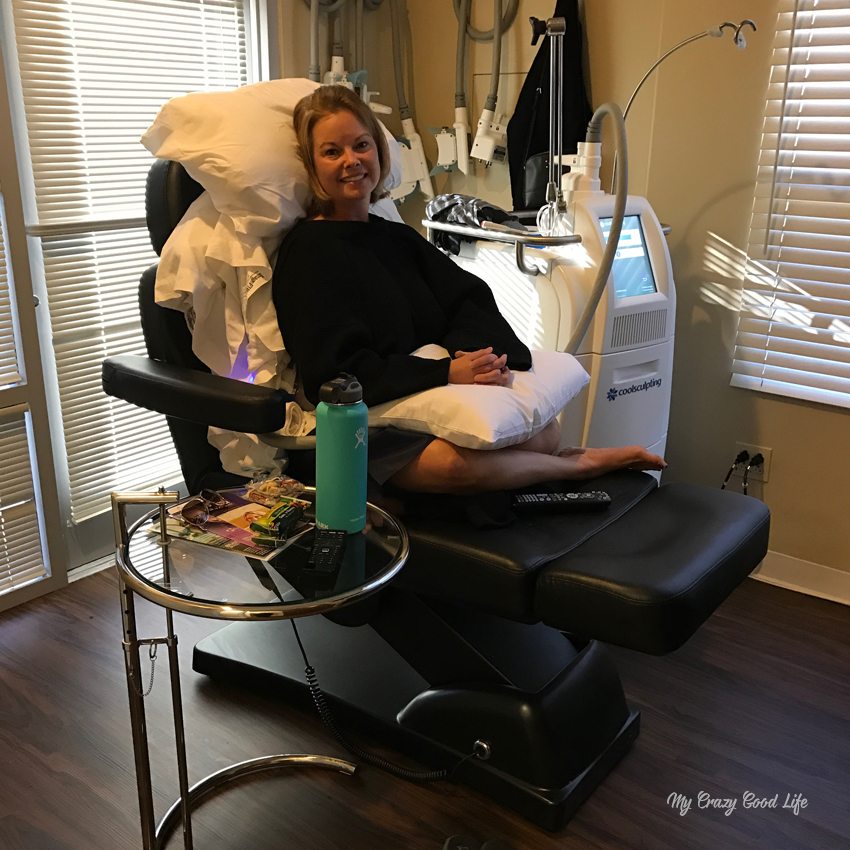 I was ready to commit to the treatment no matter which applicators Dr. Rao had, but I was pleasantly surprised that he already had the new CoolAdvantage applicator for my appointments. I love when a doctor is on the cutting edge of technology, especially when it means his patients will be more comfortable. 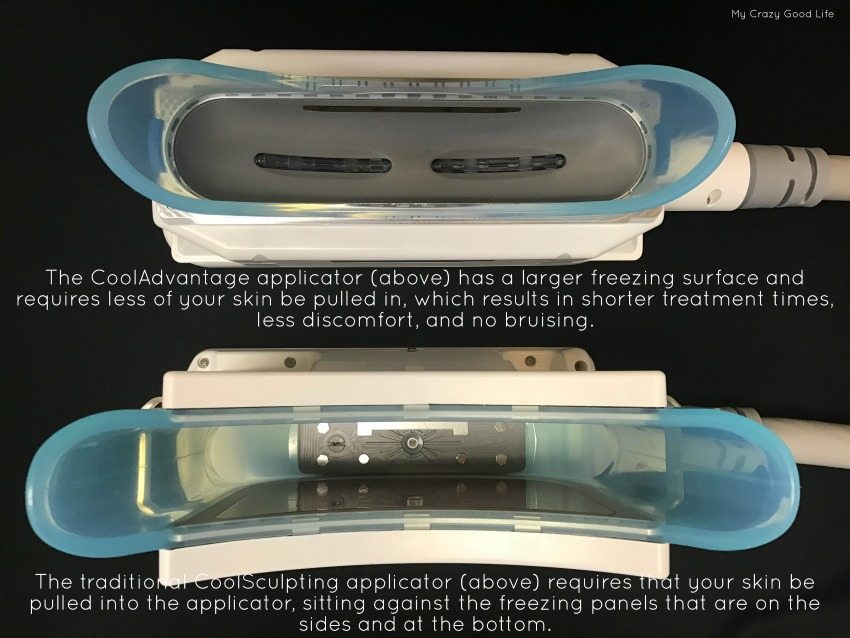 In November of 2016, Dr. Rao did another CoolSculpting treatment but this time is was underneath my upper arms–somewhere that I know I have muscle, but it’s definitely covered up by a layer of stubborn fat! This is an actual picture of me during treatment–no wincing or crying, I promise. I’ll admit that this treatment was more uncomfortable than my back treatment, but it was definitely not awful, and for sure worth the results I am seeing. 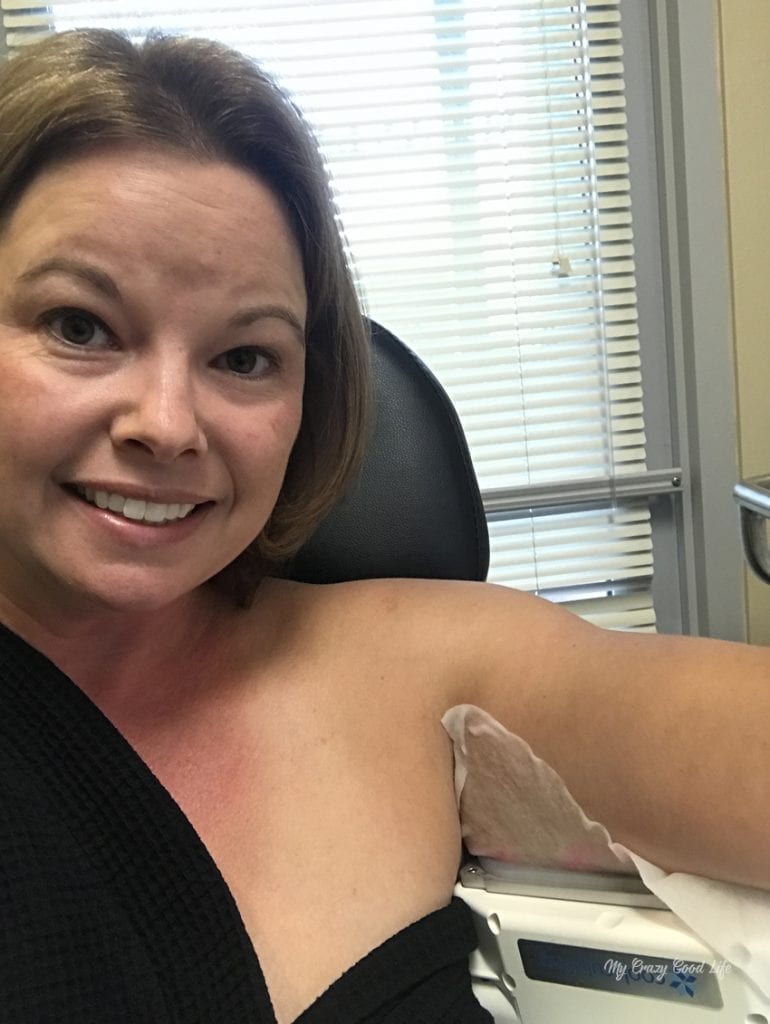 Like I said, I had two areas treated–my back and under my arms. I saw results with both areas, and I would definitely use CoolSculpting again as a way to target fat loss. Here are my before and after CoolSculpting results pictures.

CoolSculpting Results for Under Arms

These results were obtained with no extra diet or exercise until February 15, 2017, which is when I started a round of the 21 Day Fix. Pictures were taken in early March.

Would I try CoolSculpting again?

Absolutely! I’m thrilled that with two 30 minute treatments for each visit, I was able to see and feel fat loss. My bras fit differently, my shirts fit differently, and I finally have gotten rid of that underarm fat that I’ve been struggling with.

Why go to a Plastic Surgeon for CoolSculpting?

If I were to do this again, I’d definitely go to a plastic surgeon over a MedSpa, which I’ve seen also offer the service. Instead of several techs performing CoolSculpting at the same time, Dr. Rao had one dedicated room for his patients to go to, and he personally oversaw the procedure. I felt comfortable that I was in great hands with an actual doctor and would want that same assurance were I to do another CoolSculpting procedure.