There are Avengers: Age of Ultron spoilers in this post.

Avengers: Age of Ultron hits theaters this weekend and with it comes droves of Marvel Cinematic Universe fans. Most fans know (loosely) how the story goes from reading the comics, but there are still a few liberties that the Director and Producer took to create the movie you’ll see in theaters. 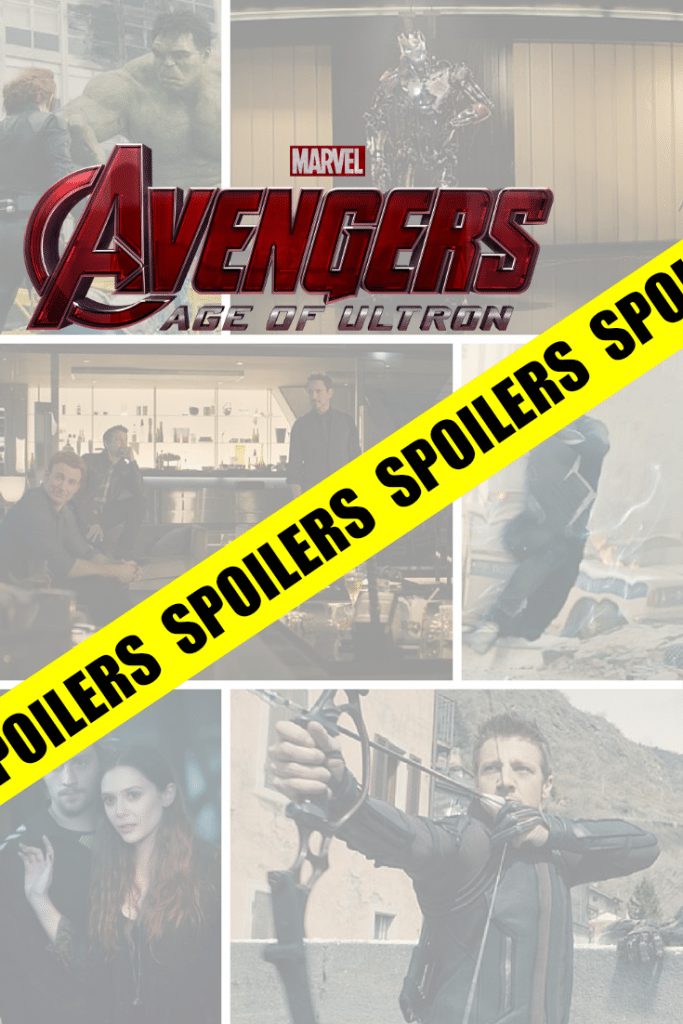 1. Ultron is introduced as an out of control computer program (similar to Jarvis) created by Bruce Banner and Tony Stark who is taking residence in an unfinished robot.

2. Scarlet Witch and Quicksilver are the twins you see in the post credit scene at the end of Captain America: The Winter Soldier. At first, they are on the side of Ultron. At the end of the movie, their feet are firmly planted with the Avengers.

3. Age of Ultron gives fans the story behind Hawkeye. He has a beautiful family who lives in the country and a baby on the way. He even makes a few jokes about his bow and arrow (that we have been making all along).

4. There’s an awesome scene where the Avengers all try to pick up Thor’s hammer–one at a time. Shortly after Vision is introduced, he (quite easily) picks up the hammer.

5. At the end of the movie, Vision has not claimed a side. Though he was created by Ultron as part of his next generation, the Avengers intercepted his creation and instead implanted Jarvis into the body.

6. Quicksilver is shot and assumed to be dead at the end of the movie, but he is not buried… I’ll let you come to your own conclusion about that.

7. Natasha and Bruce begin to fall in love. Bruce warns her to stay away, but Natasha refuses. At the end of the movie, Bruce disappears–possibly to save Natasha from him?