I recently attended the Thor: Ragnarok Red Carpet Premiere and other expenses paid events with Disney, Marvel, and ABC. All opinions in this Thor: Ragnarok review are my own.

This new installment in the Marvel Universe is going to be an amazing one! Check out the details below and make sure to let me know if you are heading out to see this movie when it opens on November 3, 2017!

Thor: Ragnarok is the third installment in the Thor movie franchise so if you haven’t seen those yet I’d highly recommend you check them out first! Thor  and Thor: The Dark World set the precedent that Thor: Ragnarok picks up and runs with; it will be much easier to follow the plot lines if you are familiar with the previous story lines.

For this newest Thor movie we’re seeing Thor imprisoned on the other side of the universe without his trusty hammer. Without giving too much away I’ll say this: Thor’s challenge in this film is a race against time to stop Ragnarok and get back to Asgard to save his home-world from destruction. 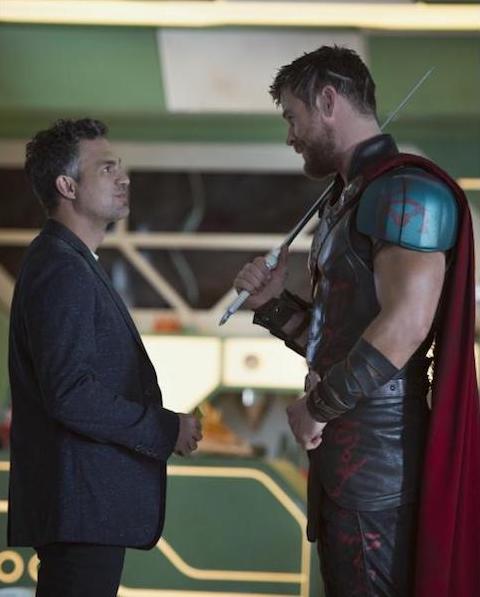 Thor: Ragnarok comes with an all new villain (actually, she’s the first female villain in the MCU), Hela. This ruthless and powerful threat pits Thor against his once ally, the Incredible Hulk. No doubt you’re excited about the incredible gladiatorial contest that appears between the two. In true Marvel fashion, it’s a battle of epic proportions.

Hulk adds a lot of comic relief to the movie, and overall it’s full of one-liners that will make you smile. 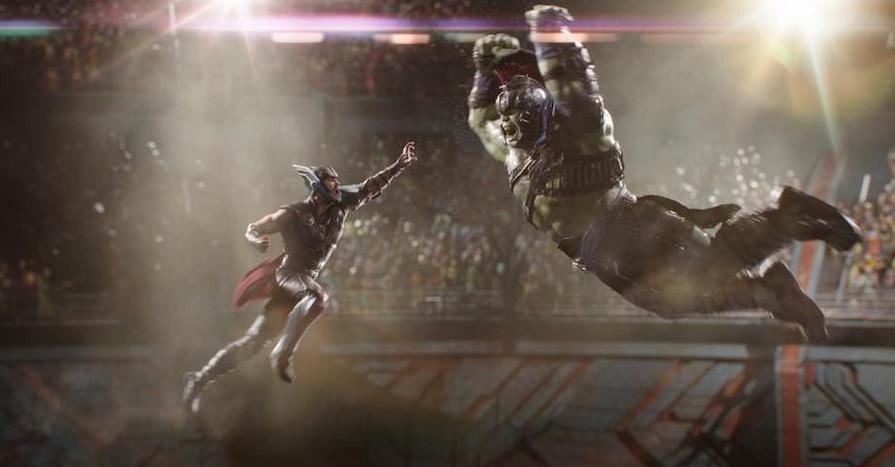 To save Asgard and the entire world he once called home, Thor must power through some of the toughest obstacles we’ve seen to date. After all, what kind of Marvel movie would this be if there wasn’t an entire civilization hanging in the balance!? In that aspect, Thor: Ragnarok couldn’t possibly disappoint! 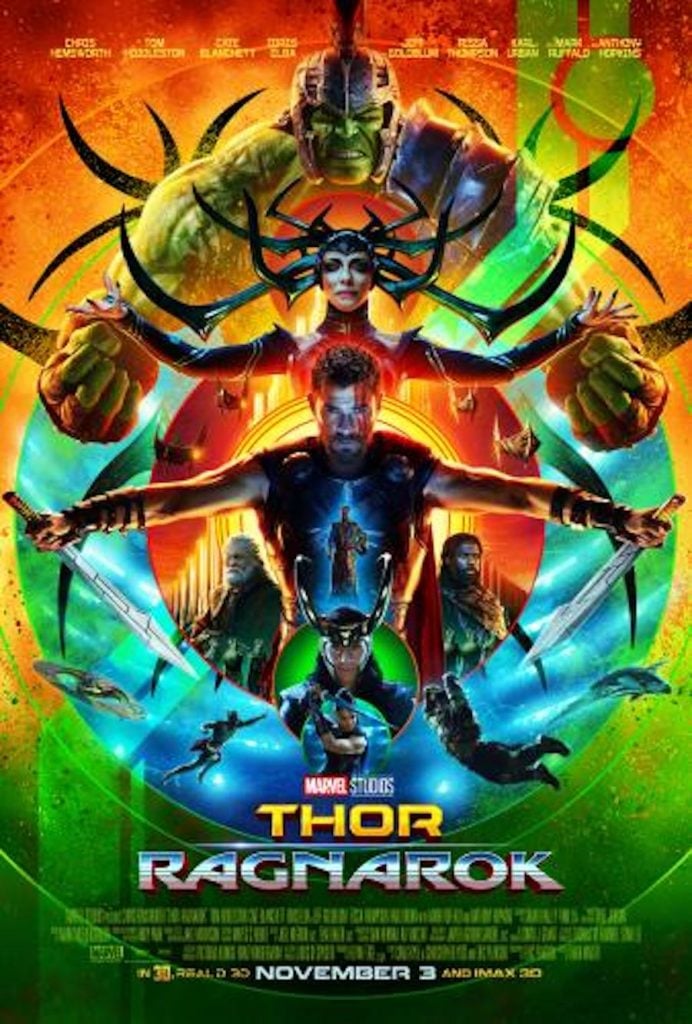 Yes, there are two end credit scenes for you–one is mid-credit, and one is end credit. Of course you’ll stay, right?

Thor: Ragnarok stars Chris Hemsworth returning to us as the almighty Thor. Tom Hiddleston returns to his role as Loki and they are accompanied by Cate Blanchett, Idris Elba, Jeff Goldblum, Tessa Thompson, and Karl Urban. Mark Ruffalo stars in his role as the Hulk. The film is directed by Taika Waititi.