This post, Interview with Vampirina Executive Producer Chris Nee , is part of an expenses paid trip with Marvel Studios, Disney/Pixar, and Disney Junior. Some interview questions and responses have been edited to improve readability.

As part of the Thor: Ragnarok press event, we were able to sit down with Chris Nee, Executive Producer of the new Disney Junior TV Show Vampirina. As someone with two young nieces who are the perfect age for this fun show, I was so interested in what Chris had to say about her vision for Vampirina as well as how each episode is created. 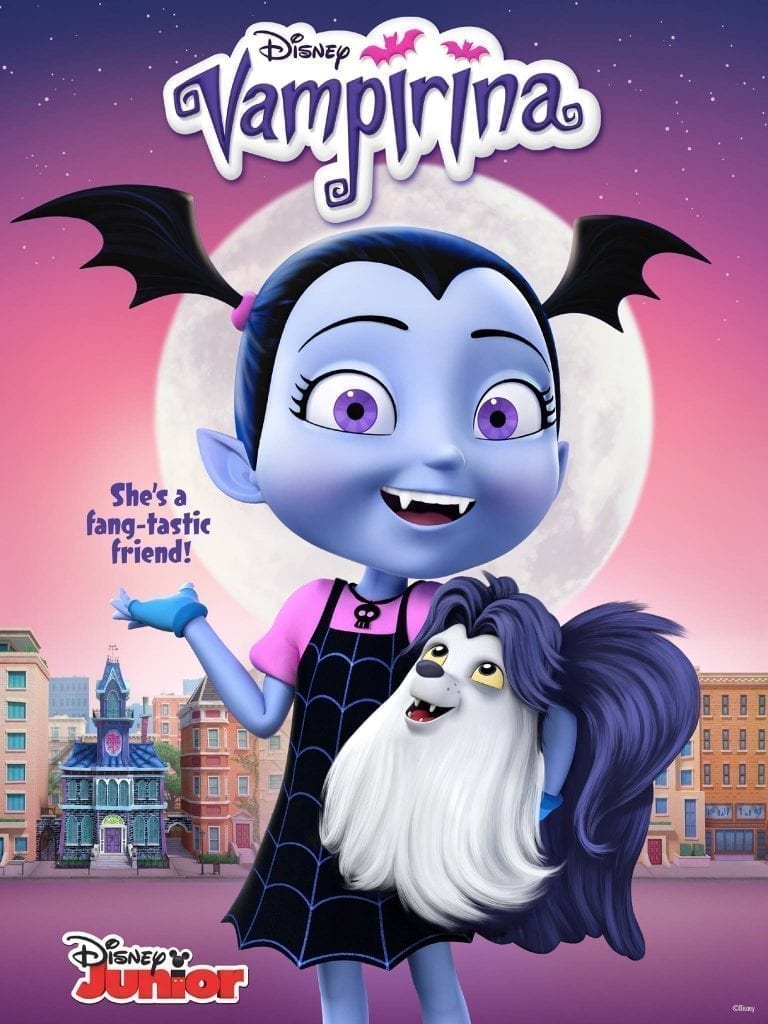 Vampirina is a fun show with important messages about truth, friendship, and values. I loved the episodes we were able to screen, and recommend it for those with kids (both boys and girls!) between the ages of 4-8.

Vampirina was created as a show that parents can easily watch with their kids. For example, when the music is created (by Broadway composers), it is made so that parents can appreciate the lyrics–knowing that kids often watch enjoy watching episode after episode. Chris is also a mom, so she understands what it’s like to watch TV shows over and over and appreciates that the music has to be something that’s both catchy for the kids and tolerable for parents. 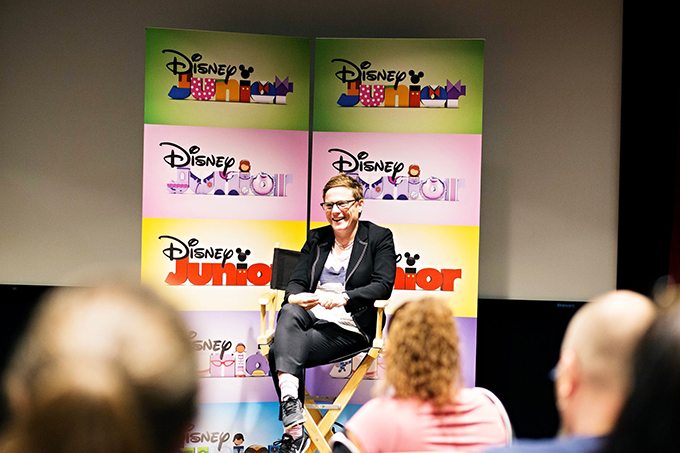 The jokes in the stories are great for adults as well as kids, and boys and girls alike. If this style seems familiar to you at all, you might know Chris from her other hit show, Doc McStuffins.

I think it’s incredibly important [to write for parents as well as children] because what I really want to do is bring families together to watch shows.  And I think those shows that so actively sort of alienate the parents really create the separation in the enjoyment.

One of the questions that kids everywhere are asking is, Can Vampirina go outside during the day?

There is a very intense sunblock [that she wears]. We do talk about it in the episodes. Obviously you have to find a way to get past that piece. There had originally been a line in the pilot (which would have stopped a lot of Twitter chatter that addressed it) and it just got lost because there was so much we wanted to do emotionally in that episode. But it will come up later on and there will be episodes where if she goes outside it’ll be very clear. There’s an episode where they go to the beach during the day.

Doc McStuffins is focused more on Doc and her friends. With Vampirina being a show about the family, it brought up some challenges that Chris chatted with us about.

Doc was really a community that formed a family and her family is hugely important, but we don’t spend as much time on the family because it’s all about Doc and the toys. I love Vampirina’s family and I love seeing a family that feels really real to me. 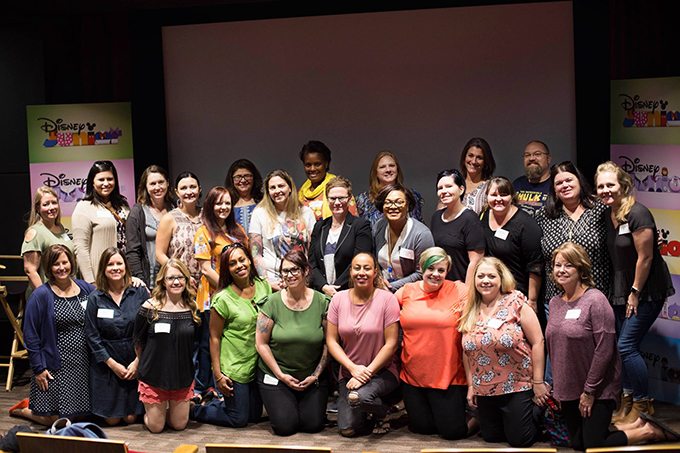 One of the things I thought was so interesting is when Chris Nee talked about the challenges of having a close family of characters and the unexpected challenges (unexpected to those of us outside the animation world) it creates.

In animation sometimes, it’s hard to have characters touch each other. So, just the amount that the parents hug each other, you actually believe that they’re together which sometimes you don’t in weekly animation.

A lot of that, honest to god, has to do with who you get to voice the characters, but it’s hard to have physical contact. We got so lucky with the cast and the sound, there’s just such a warmth to the family.

You can watch Vampirina on Disney Junior.