Yes, Sign Me Up!
Home » Lifestyle » Entertainment » Events » Behind the Scenes: My Dancing with the Stars Experience #ABCTVEvent #DWTS
0 shares

Attending Dancing with the Stars live was definitely a huge highlight of my trip to LA–ok, the entire trip was the highlight of the trip–but this was so fun.

After a busy day touring the set of ABC Studios, we pulled out our best dresses and got ready to go! Arriving at the studio where DWTS is taped, we saw Tommy Chong, Bethany Mota, and several other stars walking around getting ready for the show. We took it all in, grabbed a few photos, then found our seats! 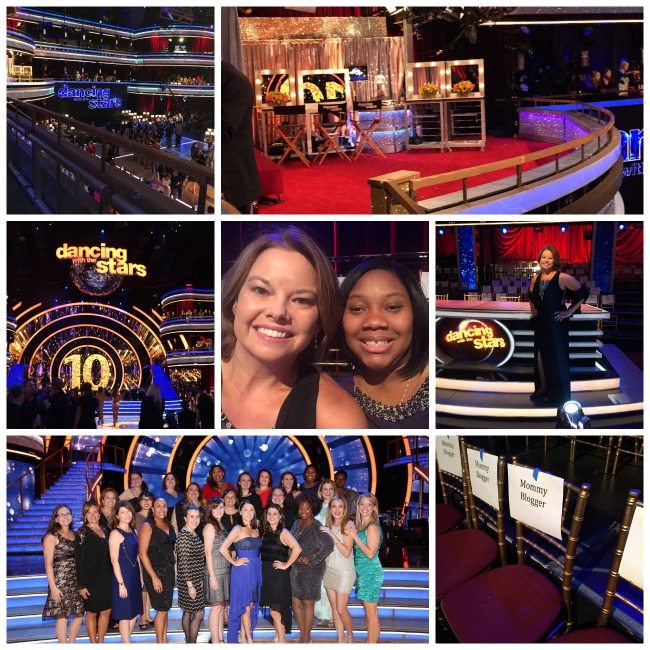 Before the show began, we were told the rules.

Rules, friends. These were serious.

1. If someone in your section stands, you all stand.

3. Clap and clap and clap. If it seems like you can’t clap anymore, you can.

I never noticed while watching the show that everyone seems to be standing all the time. That’s because they are!

Inside tip: Don’t wear uncomfortable shoes to a Dancing with the Stars taping!

The episode we watched live was when the dancers paid tribute to dynamic duos! The duo dance styles included Jazz, Cha Cha, Contemporary and the Rumba. Additionally and for the first time this season, the couple with the highest overall score for the night was granted immunity from elimination. The duos who did not receive immunity then competed in a dance-off to earn extra judges’ points in an effort to increase their overall score. Check out the Dancing with the Stars YouTube account for the performances from that night!

I love this show–I love how everyone personalizes the dances. It’s so fun to watch! And no, I can’t pick a favorite. I’m sad every time someone gets voted off. Michael Waltrip was voted off while we were there and it was heartbreaking! All of the dancers looked sad–you could tell they become very close during the show. 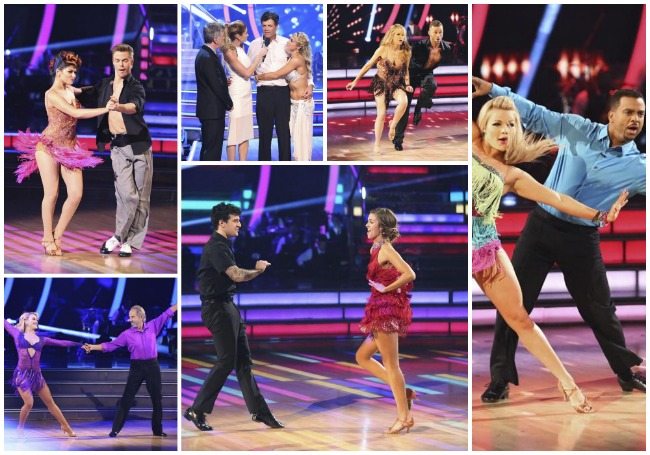 And yes! Of course I was on tv with the cast! Mt parents were kind enough to grab a shot of the tv screen–you all saw me, right?! 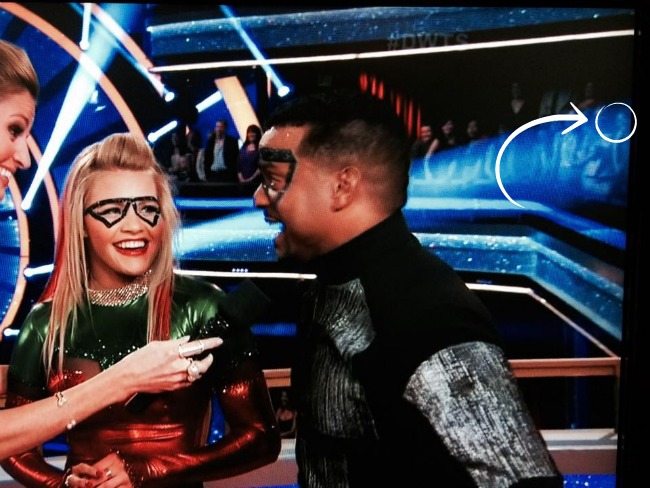 The show is two tours long, and we were able to live tweet during the commercial breaks. It was fun to interact with those who were watching it live on the East coast. Where we were sitting, we could see the entire ballroom, including the livestream area and the interview area where the couples go to wait for their scores. Honestly, it was so much to take in that a lot of the time I watched the tv viewing screen a lot during the dances so I didn’t get distracted and miss anything! While one couple was dancing, others were on the sides of the ballroom practicing and warming up, and there were camera crews and photographers everywhere.

The one thing I was surprised about was the ballroom floor. It seems so big on tv, and it’s not! This definitely isn’t the best picture, but you can see the entire floor here: 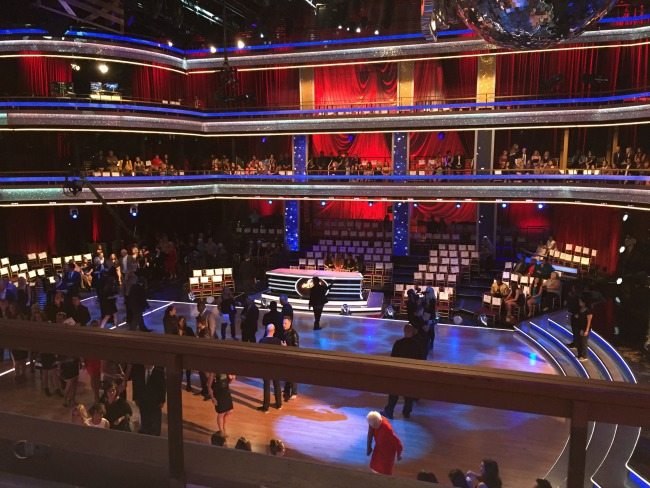 After the show we headed over to Mixology 101 to eat and while were were live tweeting with the PST airing of the show several of the dancers (and their families) came in to hang with us. Not that I expected different, but I was so, so surprised at how kind and down to earth everyone was. Willie Robertson even grabbed me by the shoulders and moved us out of the direct light to make our selfie better :) It was such an experience to be able to relax and chat with everyone about the show. 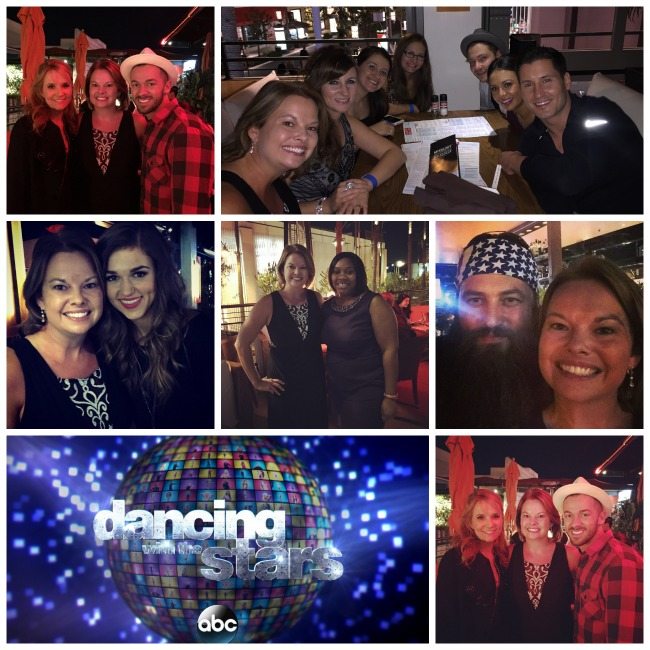 I went back to the hotel that night knowing that I had just lived a once in a lifetime experience. Such a fun night!

Who is your favorite DWTS dancing team?

I attended press events with Disney and ABC TV, which included attending a live taping of Dancing with the Stars. I was provided with an expenses paid trip to Los Angeles in exchange for my coverage about the events. No other compensation is given. Of course, opinions and experiences are my own.