This post, Tween Invisalign Consultation: What To Expect, is sponsored by Invisalign. Jack is in the process of using Invisalign to straighten his teeth, and Invisalign is providing treatment in exchange for our honest thoughts and experiences.

We’ve known for a bit that Jack, our 12 year-old, would need his teeth straightened, but he has always been against having traditional metal braces. When Invisalign approached us to be part of the Invisalign Moms program, I knew Jack would be thrilled to participate. Our initial Invisalign Consultation was so easy, and Jack left feeling much better about getting his teeth straightened. 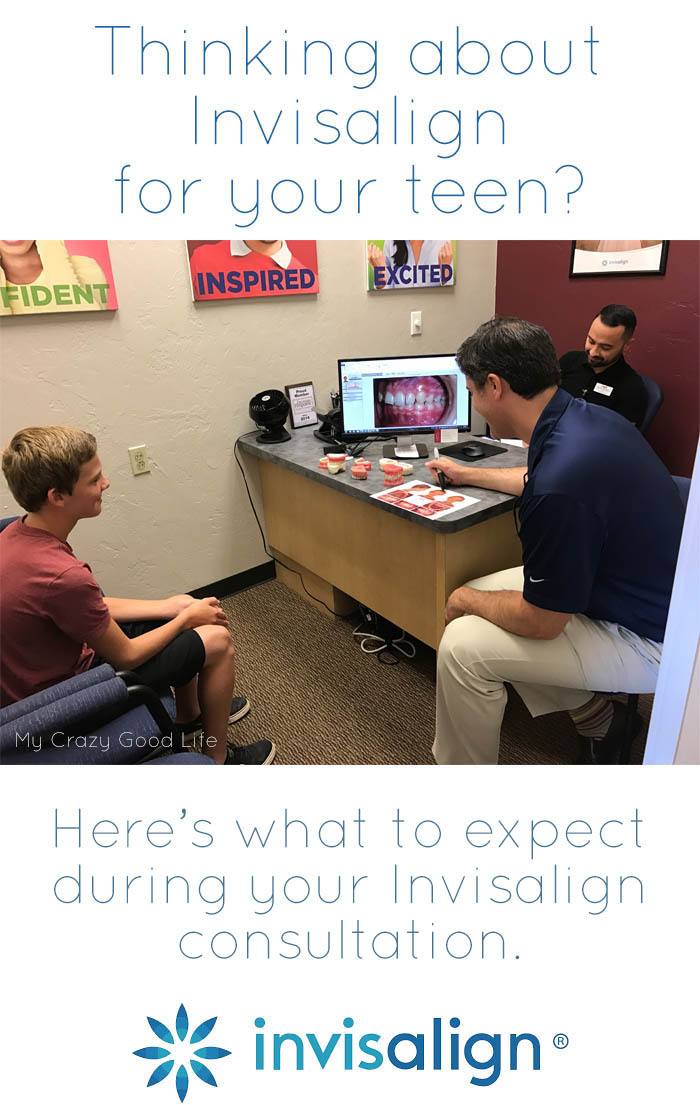 After checking in at the Orthodontist, OrthoPros, for our initial Invisalign Consultation, we were called back for some x-rays and pictures. At this time, we weren’t 100% sure that Jack would even qualify to get any type of braces yet, as we had to make sure all of his teeth had come in.

First, they took some x-rays. Jack had to stand still as this machine rotated around his head taking pictures. He had to bite down on a mouthpiece to stay still. He said it didn’t hurt, and wasn’t scary at all! 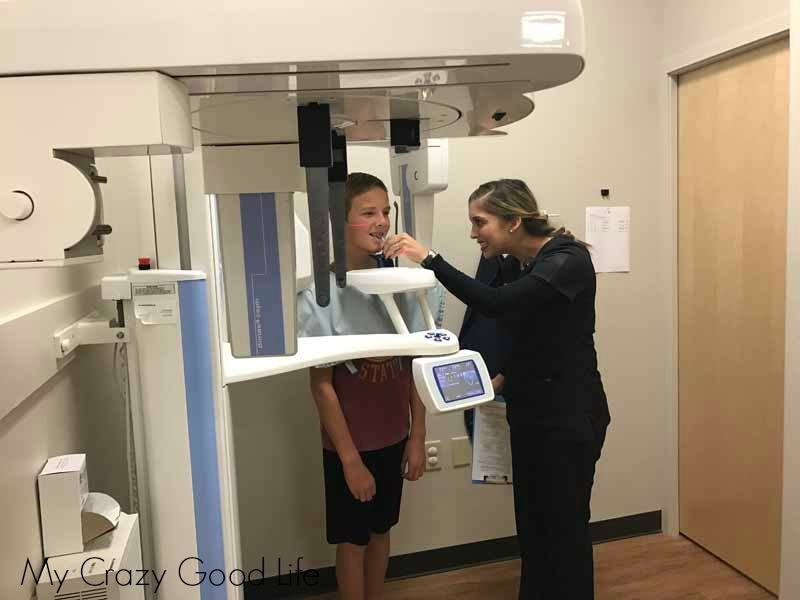 Next, they took pictures of him for their records–front and side, smiling and not smiling. 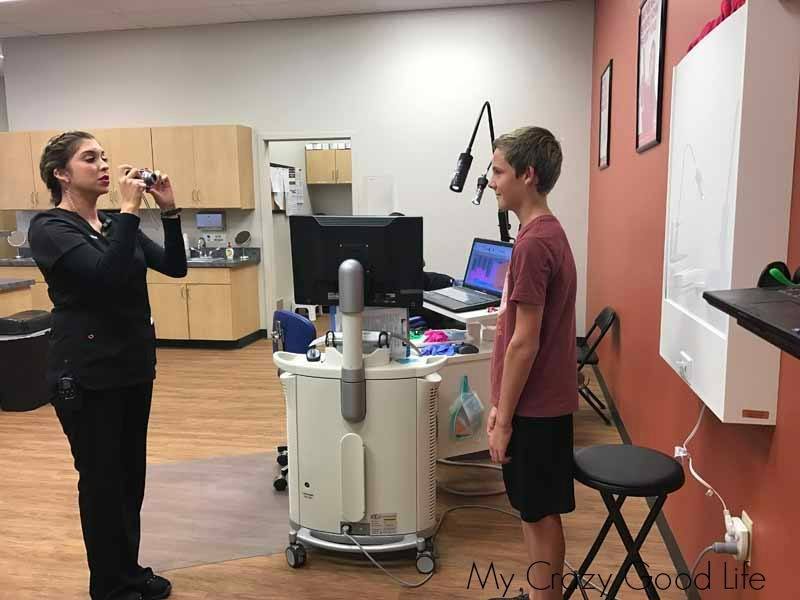 Now, for some silly pictures. Jack had to hold his cheeks apart with these plastic utensils (for lack of a better word). He said that this was a little embarrassing, and a little silly, but it didn’t hurt! 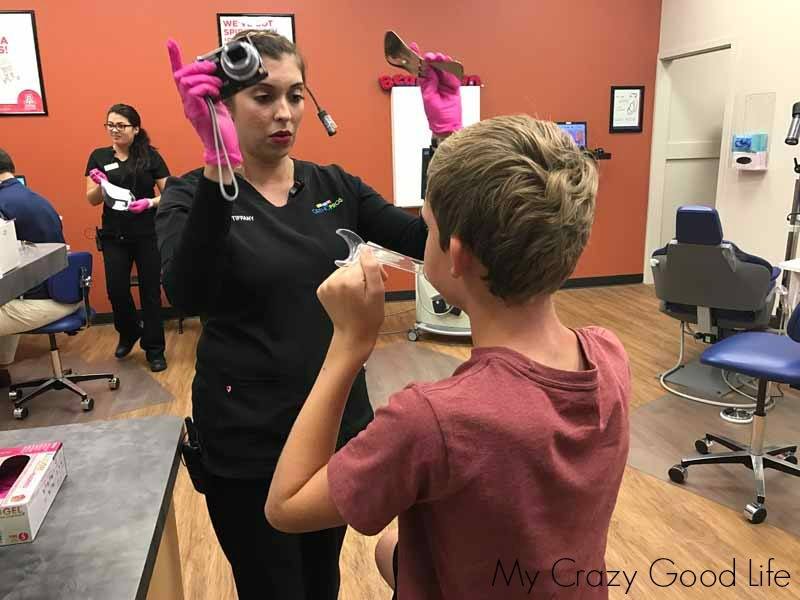 After having x-rays and pictures taken, we went back to the waiting room to wait for the actual Invisalign Consultation–the Orthodontist looked over his pictures and x-rays to determine if Jack was a candidate for Invisalign, and what our next steps were if he was.

Jack mentioned that he was looking forward to having the Invisalign Aligners when his friends at school had metal braces, but he isn’t looking forward to brushing his teeth at school (being able to take the aligners out while eating is a perk of Invisalign–but having to brush before you put the aligners back on is what he doesn’t like). Jack is brainstorming a way to make that a better situation for him. Maybe he will run up to the nurses office to brush or ask the teachers to use their bathroom every day after snack, but I told him he wasn’t allowed to lock himself in a bathroom stall to brush like he originally wanted to ;) 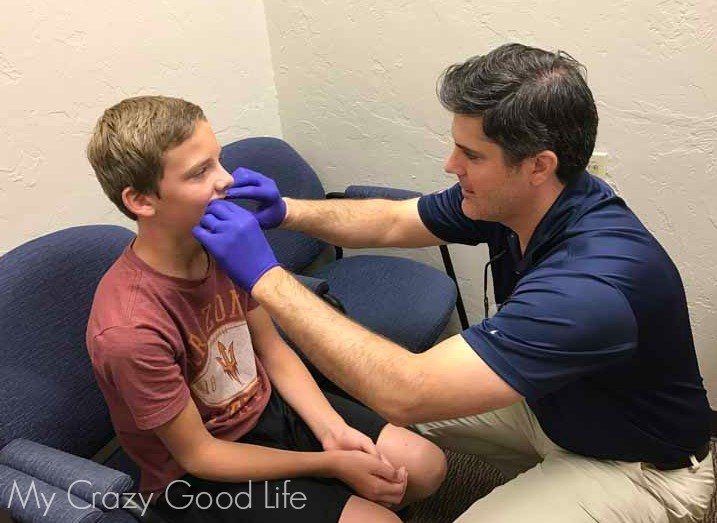 When the Orthodontist called us back, he said that Jack is a great candidate for Invisalign! He expects treatment to take between 18 months and 2 years, and Jack might have some time at the end using rubber bands with his aligners. 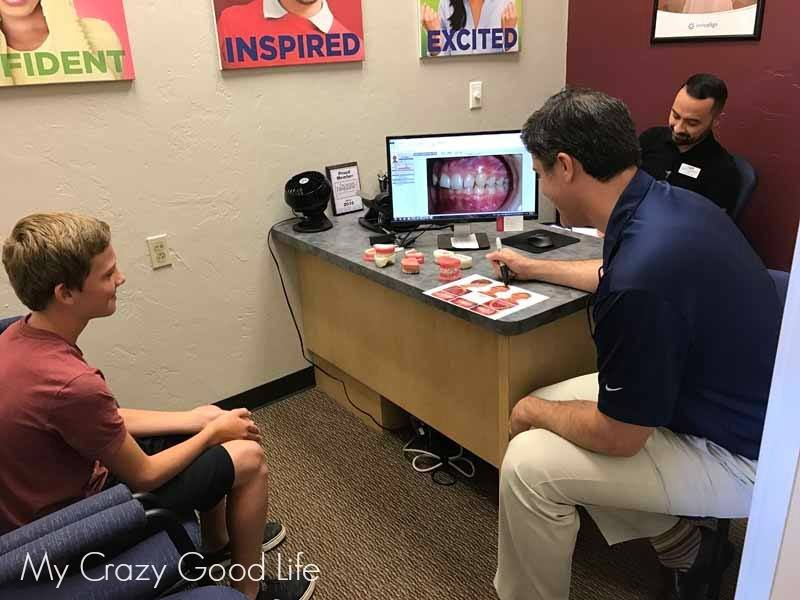 When chatting with the Orthodontist, we looked at Jack’s images and talked about what life is like with Invisalign. With regular braces, you have to alter what you eat (no gum or sticky candy is part of it) so you don’t pull brackets off. With Invisalign, you can eat what you want as long as you brush well after. Brushing is a big part of Invisalign because if you put your aligners back on without brushing, the food could get stuck between your teeth and the aligners, making it an easy place for cavities.

When I had Invisalign a few years ago, I improved my brushing and flossing habits a lot, and they’ve stuck! I’m hoping the same happens for Jack, especially as a tween–we all know how difficult it is to get tweens and teens to brush properly!

After meeting with the Orthodontist, we went back to have scans taken of Jack’s mouth. When I had Invisalign years ago, I had molds taken–my mouth was full of a thick foam-like substance that hardened so the treatment provider could create a treatment plan to send to Invisalign. Boy, have times changed! Jack had a scan taken of his mouth–SO lucky! It’s amazing how easy this was compared to the molds. 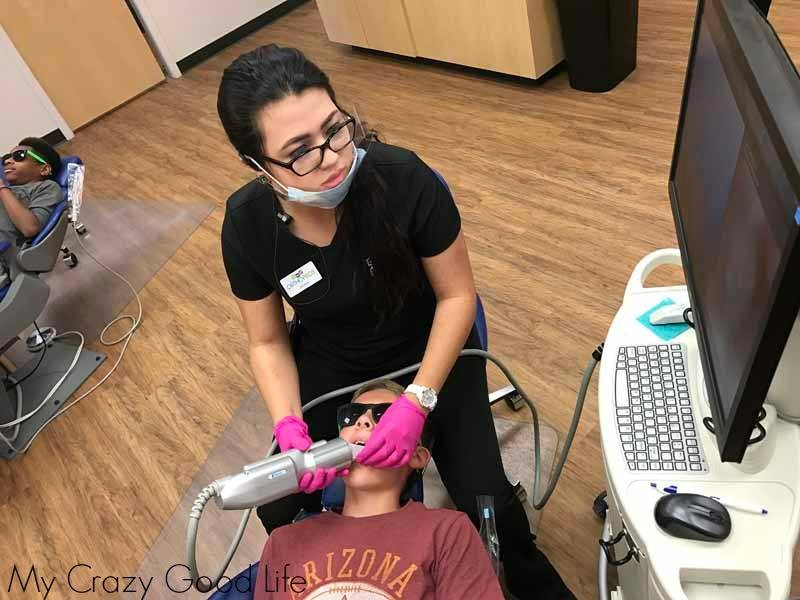 Jack’s take on this is that it wasn’t painful at all, but maybe a little uncomfortable/awkward. When I explained about the molds they used to take, he said he’s definitely thankful for the scans! Here’s a video so you can see what it’s like, and prepare your teen if you think they’d like to know what’s going on before the consultation:

Now, we wait. The scans are done and we’re waiting on the aligners to come in–about 4 weeks they said. We’re happy to answer any questions you have for us about Invisalign, and can’t wait to update you all on his journey once he starts. If you’re considering Invisalign, you can take this Smile Assessment to see if Invisalign is right for your or your child!