Carne Asada Street Tacos are one of my favorite Mexican food dishes. They’re simple and delicious, and can be made quickly with leftover Carne Asada from other meals! They’re the perfect leftover dish. Steak marinated in citrus flavor then grilled with the simple addition of cilantro and raw onion? Perfection.

Street Tacos are my favorite because of the simplicity. I am a minimalist when it comes to my food–I don’t like a ton of ingredients or sauces–not even cheese, usually. A street taco is a traditional corn tortilla shell with meat that is topped with fresh cilantro and raw onion–just like the ones sold on the streets of Mexico.

I’m not normally a fan of raw onion, but diced small on a street taco, they’re the perfect addition.

What are street taco tortillas?

They’re small–very small tortillas. This is so they’re easy to hold and eat on the go! If you can’t specifically find street taco tortillas, regular tortillas are just fine! 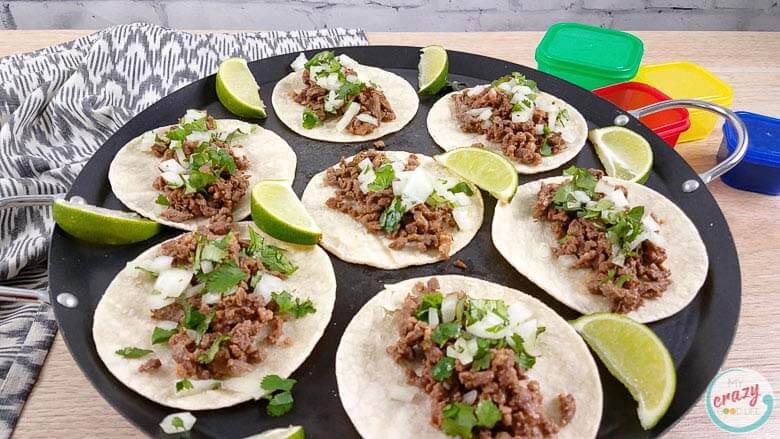 If you’re eating the tortilla, nope! They’re delicious though! If you skip the tortilla, the Carne Asada is low carb and keto–so you could opt to do that.

You could easily make this into a healthy keto or low carb meal by topping a salad with the meat and adding a ton of veggies.

How do you heat corn tortillas so they don’t fall apart?

I run a bit of water over one corn tortilla, stick another one to it and then put them both on the stove to warm them. Flip a few times to warm them evenly.

The water keeps the tortillas soft and you can pull them apart easily right before you make your taco. There is a lot less breaking of tortillas going on when we heat them this way.

Also, place an extra corn tortilla on your plate so that when the taco fillings fall, it fills up another taco for you. That’s a pro tip right there!

Why are these easy Carne Asada Street Tacos?

Using leftover Carne Asada for these tacos is key–I feel like when we make Carne Asada we always have a lot left over and I don’t want it to go to waste. I know I’m not the only one with this problem, so I wanted to come up with a few ideas that would be useful with leftover Mexican meat.

Where are Street Tacos served?

I live in Tucson, Arizona–about 40 miles from the border of the United States and Mexico. We have food trucks all over Tucson that serve street tacos, and when we go to Mexico (about four times a year) Street Tacos are what’s served most there. Especially on the side of the road in food trucks!

Mexico has food trucks everywhere, it seems. Rather than trying to keep multiple taco toppings on hand all day I’d imagine it’s much easier for these vendors to serve quick street-style tacos.

Same for us at home–why dice a ton of taco toppings when you can keep things simple with street tacos? They’re so easy–and sometimes I add tomatoes to the mix so we can top them with pico.

Are these authentic Street Tacos?

They’re as authentic as you’re going to get without going to Mexico! I’ve been traveling to Mexico for quite a while now and have had many Street Tacos while there. Corn tortillas, cilantro, and raw onions are where it’s at for traditional street tacos–this combination can’t be beat!

How to season street tacos?

I use my Carne Asada recipe to season these street tacos! It’s a fresh and citrus-based marinade that provides just enough seasoning without being overpowering.

If you’re looking for other toppings that would compliment these tacos, I’d recommend fresh salsa, guacamole, or this delicious and healthy Street Corn Salad. Do you see the trend here? Walking along the streets of Mexico and eating is totally a thing!

Are these street tacos good for meal prep?

Well, they could be! I think that street tacos are best served immediately, but where there’s a will there’s a way right? I think I’d prefer to meal prep these Carne Asada Enchiladas instead.

Either way, I really enjoy eating my lunch out of a bento box–I’d just be careful if you’re transporting tacos in your lunch box!

What are the 21 Day Fix Counts for this recipe?

For corn tortillas, 2 small tortillas are 1 yellow container. 3/4 cup of carne asada is 1 red container. Then count your toppings as you add them! 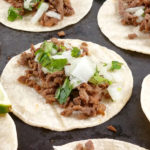 Recipe creator, self-confessed healthy food snob, and Precision Nutrition student studying different ways of eating and learning more about nutrition so I can help you live your healthiest life. 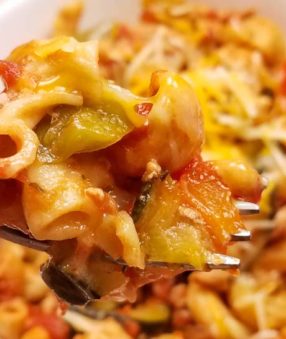 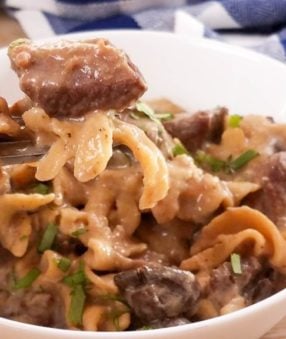 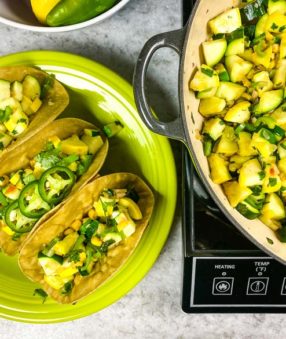 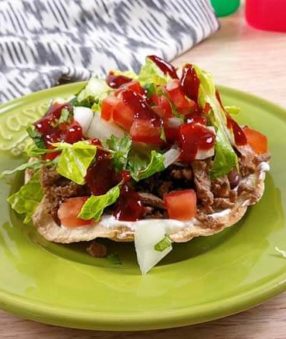 The Easiest Carne Asada Tostadas Ever! 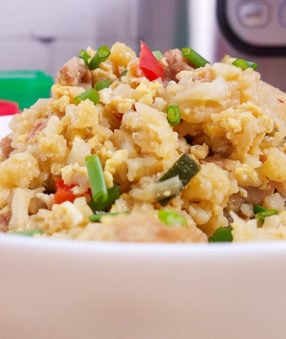 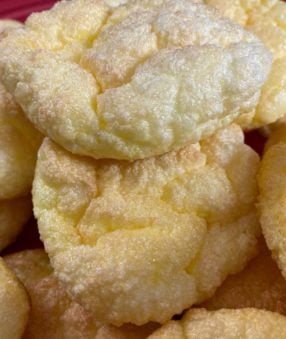 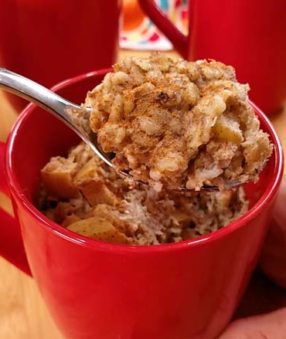 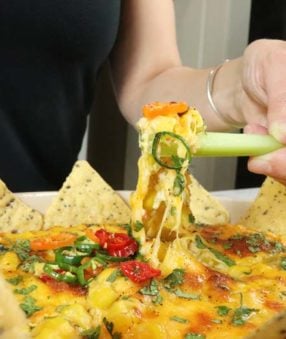 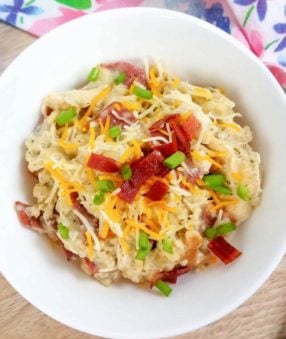